Redesigning NOS.nl: how your tax dollars were spent

Almost one year ago, a small team of developers and designers, most with less than five years of experience, launched the new NOS.nl website. Since then the website has reached a large majority of the Dutch internet population. It is actively being used by millions of people each month. 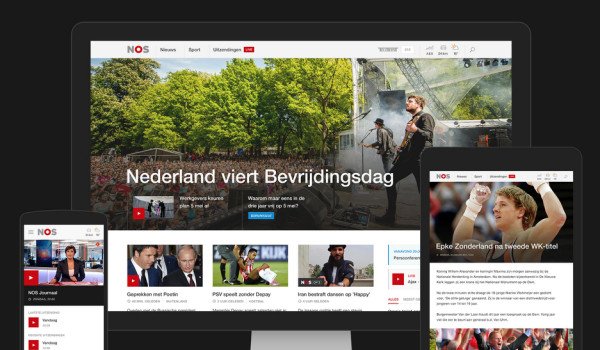 This presentation was the story of how they redesigned a website for one of most well-known brands in the Netherlands, a brand everyone has an opinion about. Joel and Alex shared their approach, their successes and their failures, because they know opportunities like these don't come by very often. Now, almost one year later, was a good moment to look back and objectively judge the result.

Alex Meijer graduated from Mediatechnology at the Rotterdam University of Applied Sciences in the summer of 2012. Currently he is front-end developer at NOS, the largest news organization of the Netherlands. He is the scrum master for projects like the redesign of nos.nl and the Tour de France event.

Born and raised around the world, Joel Laumans finally settled in Rotterdam to help make the world a better place — one product at a time. He worked as a freelance UX designer for more than five years, and recently made the switch to working full-time for Adyen.

Subscribe to the newsletter to stay tuned for our upcoming events.
We send about 12 announcements per year.

This website uses Google Analytics. Google does not have permission to use the information for other Google services. Your data will be anonymised.